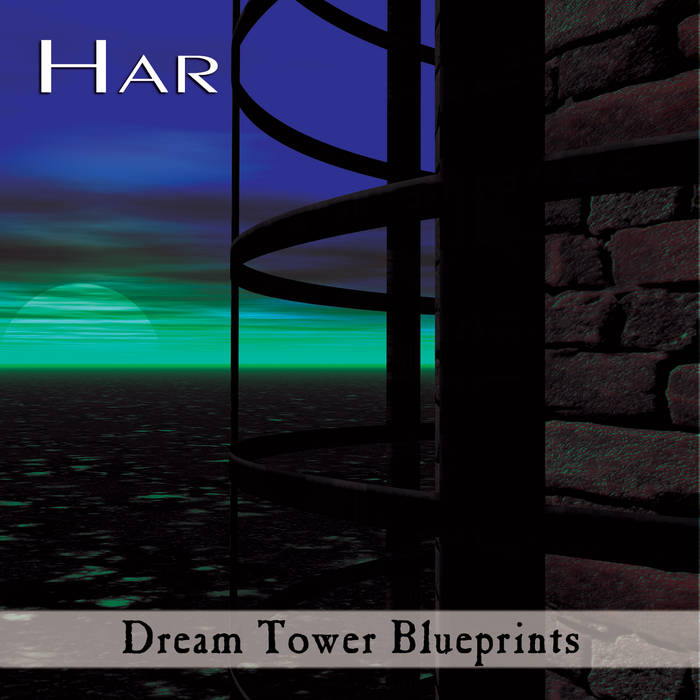 In a departure from the epic "post-apocalyptic psychedelic art rock" of CaTC, "Dream Tower Blueprints" features a sonic voyage into one of Har's noted areas of expertise: long, evolving textured soundscapes created almost entirely from real-time performances on guitar and Chapman Stick (a 10-stringed instrument with a range extending between deep bass and guitar). Both instruments are "processed beyond recognition" while still retaining the subtle hand-played "organic" nuances that set it apart from synth-based performances. No MIDI or synths were used.

While some of the compositions on "Dream Tower Blueprints" were achieved using interactive looping techniques similar in concept to Robert Fripp's legendary Frippertronics, others were instead played straight-through from start to finish so as to create an intentionally linear, yet richly-textured ambient soundscape inspired in part by György Ligeti's works.

Blessed/cursed with an almost photographic memory of his dreams going all the way back to his very early childhood, Har drew from this imagery as a source of inspiration for many of the pieces on "Dream Tower Blueprints". Ranging from hauntingly beautiful and hypnotic ("Fulcrum", "Dream Tower Blueprints", "Her Edges Blurred..."), to darkly pensive and edgy ("Urban Forge", "Fulcrum II"), to the emotional, eBow-driven coda of "Surcease" - the listener is taken deep into an almost visual realm of both darkness and light.

Har's music has been played on such well-known ambient/space-music radio shows as NPR's legendary Stars End and Hearts of Space, as well as online stations such as SomaFM, Progzilla Radio, Radio Spiral, and Stillstream for which he is also the former host of the weekly online dark-ambient radio show "Nightscaping Radio" which ended in 2015.

Visit Har's website at www.ambientguitarist.com for detailed information about his music and more.

Performed/recorded/engineered/produced by Har at The Secret Lab of Professor Zon, 2004-2006.